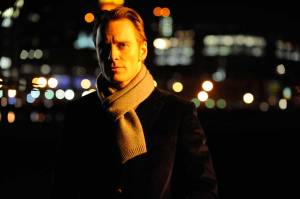 Steve McQueen’s new film had already created a lot of discussion before most people had seen it. This is probably to do with its theme. Sex addiction. The story centres around Brandon, played brilliantly by Michael Fassbender, and within the first ten minutes we have an understanding of his world that just seems to be on a continuous loop. A world that involves hiring prostitutes, downloading pornography, relieving himself at work and at home and always looking for another conquest. The same way a drug addict is looking for their next hit. The opening sequence is beautifully narrated by Harry Escott’s score and very little dialogue is used or needed to describe how he lives his life. We see him meet an attractive woman on the subway. They don’t speak to each other but all the flirting and lust is displayed with simple looks and glances.

The arrival of his sister Sissy completely changes the mood and environment he has created. There is an obvious tension and a suggestion of a traumatic childhood that is kept a mystery. A scene in which Sissy (Carey Mulligan) sings “New York, New York” produces one of the most intense scenes of the film. The emotion that Mulligan displays whilst singing is heartbreaking and there was a beautiful silence from the audience after she finished. You get the feeling that you are watching a story about two very broken and damaged people. Brandon struggles to get used to Sissy living in his world. There are awkward moments between them and the boundary of their relationship becomes slightly blurred after she accidently walks in on him relieving himself again. Some people have commented that there is a suggestion of an incestuous relationship between the two characters. However, there is something very childlike about them. It is as though we have reverted back to a time when they were younger and felt safer.

Brandon is ready to deal with his demons as he ventures out into the real world and goes on a date with his co-worker Marianne. The date scene provides some comic relief in the form of the waiter (Robert Montano) who gives a lovely scene stealing performance. There is something very sweet and old fashioned about their date. As Brandon walks her to her subway stop and there is no invitation for sex. It seems that Brandon might be ready to try a relationship with someone he has genuine feelings for. However, like any addiction isn’t easy to stop, Brandon needs his fix in whatever form he can get it.

This film is very bleak and uncomfortable to watch at points. Very few films have managed to capture the darker side to New York that makes it seem cold, grey and seedy but McQueen has done this perfectly. Michael Fassbender and Carey Mulligan are excellent and they both give outstanding performances. Although filmed in New York, the film was made by a British Director, funded by British companies and stars two very talented British actors. It’s an excellent example of how much talent there is in British cinema.

Be fully prepared for what you are going to watch as “Shame” doesn’t hide its subject matter. Cynics may point at this as a fictional addiction, an excuse created by someone who just enjoys a lot of sex. However, this is far from a film just about sex. What it shows is the heartache, discomfort and anguish an addict faces. This is a brilliant film from Steve McQueen. But not one to watch with the parents!

Ruth Woods works as a Box Office Assistant at Phoenix Square. In her spare time she likes to stalk her favourite actors. Currently: Benedict Cumberbatch who lives at 221b Baker Street.